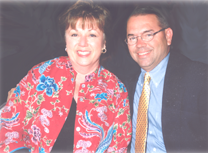 Frank JohnsonSenior Pastor
Frank along with his wife Terri have been serving the Lord for 40 years and have recently joined Bowling Green Baptist Church. Frank and Terri moved to Northern Virginia in 1996 when the Navy transferred them from Japan. After serving as a Navy Chaplain for over 24 years, Frank retired in February 2005. Before coming to BGBC, Frank served as an Executive Pastor, Senior Pastor and hospital Chaplain. Pastor Frank’s ministry vision is to, “Equip, mature, and release the people of God so that they can help others believe in Jesus Christ, belong to His church and become mature disciples.”

Frank and Terri’s family includes two daughters, two son-in-laws, four grandsons, five dogs and one fish. Terri is the President/CEO of “Terri Johnson Creates” and is a free-lance educator specializing in the embroidery arts and crafts. Frank’s hobbies and interests include; boating, golf, scuba diving, and rooting for the Chicago Sports teams. 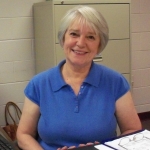 Judy WitmeyerAdministrative Assistant
Judy is a resident of Caroline County, and retired in 2013, after 35 years as a Legal Assistant. Judy accepted the position as Admin Assistant for BGBC on May 1, 2016. She loves the message from 1 John 4:15,16. 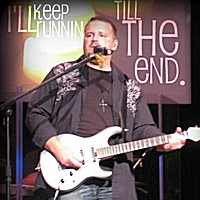 Doug FarrisContemporary Worship Leader
Doug Farris serves as our Worship Leader for the 8:30am Contemporary Service. He brings many years of experience in music and ministry as well as a desire to serve the surrounding community. He, his wife, Sabrina and their children are active in orphan care and adoption advocacy with ShowHope.org as well as other local organizations. For more information about Doug and Show Hope go to DougFarrisMusic.com 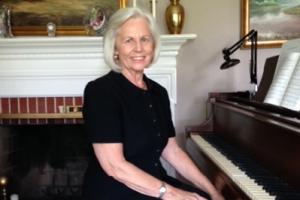 Sandra StevensMusic Director
Sandra is a Caroline County native and has a Bachelor of Music Education degree from Madison College, which is now James Madison University. She studied piano, organ and voice and has had extensive experience teaching music in grades K-12. She came to BGBC as Adult Choir Director and worked with the children and youth as choir director and also taught music in Bible School. Sandra serves as Music Director for the Traditional Worship Service as well as a Trustee and Sunday School Teacher.